The 2014 turkey season has bee a bit of a slow start nobody in our club has gotten one which is a bit surprising. The gobblers seem to be henned up and the hens are not breaking away so even in the afternoons gobblers are walking around with hens. The strategy one needs to try is to call the hen and hopefully she’ll bring big boy with her but so far we have not had any success doing that. Opening morning I should of filled a tag but I was trying to capture the hunt on video and I got messed up. I had two nice gobblers within 40 yards of me and I just knew they were or one of them would attack my jake decoy. I’m adjusting the video camera and getting it set when a hunter on the neighboring land shoots. He had to be within a 100 yards of me and it was enough to get them gobblers to move along. I really thought they might stick around and instead of reaching for my gun I grabbed a call to try to settle them down. Wrong…. I did call them back a little while later but they were 100 yards away and wouldn’t come closer. Well here is the video of that experience of me getting schooled again in the turkey woods. 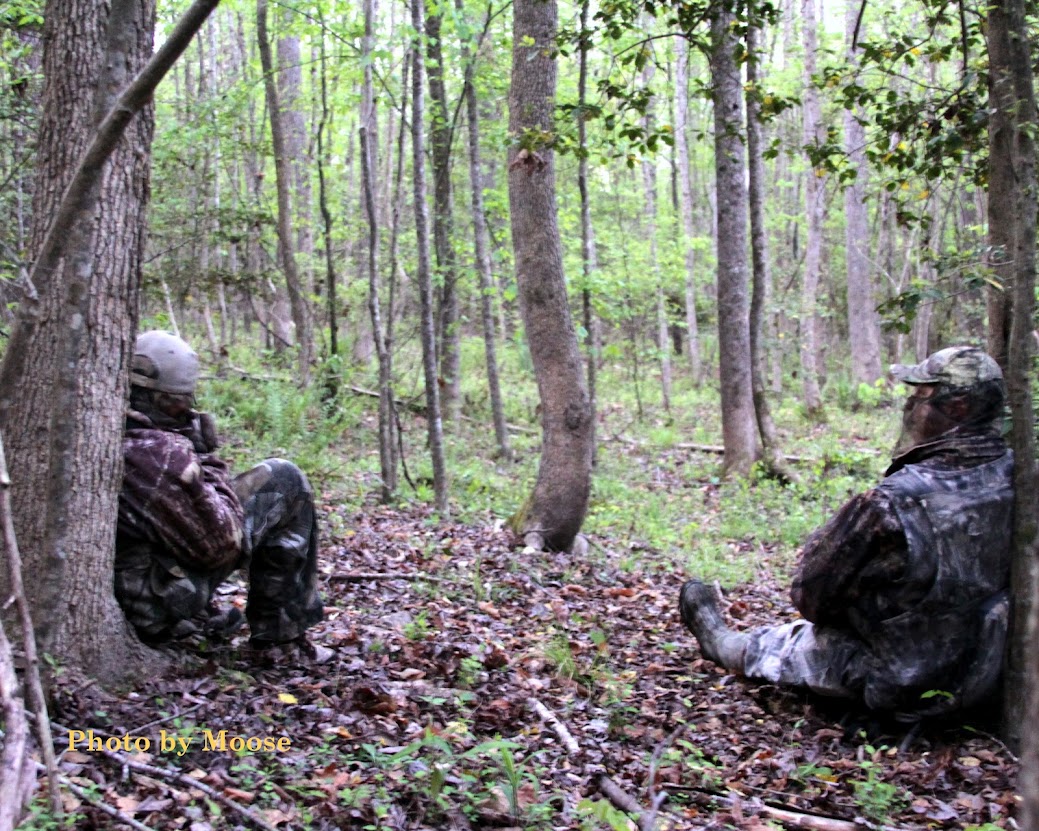 Opening day for turkey season here in North Carolina is this Saturday. The youth have gotten an early start with a week long youth season this year and it sounds like some youngsters have filled some tags. We have been scrambling to get road access to our land after a rather late season ice storm toppled a lot of trees across the central part of the state. We still have a few roads on our property that is blocked but for the most part we are ready for turkey season. The weather is looking pretty good for the opener so hopefully it will great day. The turkey vest is packed and ready, the therma cell is ready and I’m like a kid on Christmas Eve. Turkey hunting is about my favorite hunt and I’m excited about calling a gobbler in. Good luck to everyone that is hitting the woods and fields for a thunder chicken…… and be safe.

I’ve certainly never heard of Robert Burris Jr. until his obituary appeared in the Ashville Citizens Time and I certainly wouldn’t want to speak ill of the dead. However his obituary is a bit unusual especially for this day and age.

Game Wardens, security at Biltmore Estate, and other wildlife in Western North Carolina may finally relax. Robert (Bobby) Carroll Burris, Jr., has retired forever from this world of poaching, runnin’ moonshine, drinkin’, spittin’, and other general bad behavior. Now, he and his Heavenly Father, hunt bear in the rugged and mountainous parts of Heaven. Many family, friends and dogs greet him and he is preceded by his father, Robert Carroll Burris, Sr., and his mother, Ann Stanton Burris. – See more at: http://www.legacy.com/obituaries/citizen-times/obituary.aspx?n=robert-burris&pid=170549014&fhid=21639&FBNF=ShareObitAt#.U0VE76Xr2r8.facebook

I guess in a day and age when reality TV seeks folks like this out here is one that may of just missed his opportunity cheated by cancer. Hopefully in death Bobby found some peace.

I felt a little déjà vu when I read the story about the NC Wildlife Commissioners voting to allow a very limited use of bait by still hunters on the NC Sportsman Magazine site.

“David Cobb (the director of the Commission’s Division of Wildlife Management) presented a graphic that showed 4-to-1 opposition — 80 percent against vs. 20 percent for — these rule changes, but they still voted for them,” said Greg Culpepper, a veteran bear hunter from Linville Falls who hunts bears with dogs and still-hunts. “I don’t think I’ve ever seen that before.”

The proposals included one that allows the hunting of bears over non-processed foods (bait) on private lands for the first six days of bear season in coastal and mountain areas, and one allowing bears to be taken over unprocessed bait during the deer gun season in the Piedmont, which includes 39 counties.

This was a very hot topic I guess because I stumbled into it when I stopped by the NC Camo booth at the Dixie Deer Classic and heard almost the exact text of the article. I’m not opposed to baiting and I don’t think it will ruin what all of us will agree is a vibrant and successful bear repopulation up to this point in North Carolina.
My conversation started out with Dick Hamilton the former director of the NC Wildlife Commission and as we went on Mr. Culpeper joined in. At some point Mr. Holt showed up as well.

“Baiting of bear is not fair chase” Boone & Crockett recognize animals taken over bait as long as that is a legal practice. No one says you have to bait but hunters need to stop throwing stones at each other over methods. The reality is that the NCWRC had to address the issue of the expanding bear population and its growth into more human populated areas. In the piedmont in particular bear sightings are becoming more common and these bears will be taken by deer hunters who happen to cross path with a bear. Many of deer hunters use bait, which is legal in North Carolina, and if they killed a bear they’d find themselves in a similar predicament as bear hound hunters found themselves in prior to the law change in 2007.

“We don’t kill bears at bait piles,” he said. “We release dogs that chase bears; it’s what our dogs live to do. If the bear stops (to fight dogs), then we can observe the bear and see if it’s one we want to shoot or we’ll pull the dogs away and go look for a bigger bear. The 2007 law is used now to justify killing 25 percent of North Carolina’s — for equity — when there’s never been a fairness problem. Still-hunters kill the vast majority of bears in North Carolina.”

This is simple not true the statistics show that the majority of bears killed by hunters in North Carolina are killed with the aide of hounds.

“Look at the bears from the states that allow baiting of bear….. a 300 lb bear from Maine is a trophy…. We have bears that go over 600 lbs” Yes we do and our bears in the eastern part of the state don’t hibernate 5 months out of the year. They are up and walking around consuming food and growing so that really isn’t a fair comparison.
“Still hunters already bait” I was offered as evidence a NC Bear Hunting Guide’s brochure where he talks about putting out corn and cleaning it up prior to the season. Really? This is a legal practice and a pretty nasty attack on fellow hunters who are doing nothing wrong. A pro hunting group attacking an outfitter and an industry over legal hunting methods is absolutely shameless.
I’m afraid that we will devour each other and the anti-hunters won’t have to really amount any type of effort. We have a lot of issues on the table as sportsmen…… closing of the outerbanks……. bear hunting methods……. Deer hunting methods……. Protection of coyotes & wolf hybrids…… recreational fishing vs commercial…. The list is endless.
Sad day when all us camo hat wearing people start picking up sides.

Law Enforcement was still in the middle of an “Active Shooter” incident, people were still barricaded in officers awaiting rescue, while loved ones and the rest of the nation watched and prayed. Well maybe not the rest of the nation cause some of our leaders had to try to score points on the gun control issue.

In the wake of the shooting at the Navy Yard, Obama spokesman Jay Carney said the president is implementing executive actions and reiterated his commitment to strengthening gun laws, including expanding background checks to sales online and at gun shows.
“The president supports, as do an overwhelming majority of Americans, common-sense measures to reduce gun violence,” Carney said.

CBS News
So let me get this straight Mr. President….. We need more background checks and regulations in light of this tragedy yesterday? I understand we need to keep guns out of the wrong hands and letting mentally ill and unstable people have guns is dangerous. So are these background checks going to be as good as someone getting a security clearance to work in some of our most sensitive government facilities?????? You sir are a few fries short of a happy meal. That has got to be the dumbest argument yet…. How about letting our highly trained military do what they do best and carry the tools they need to defend themselves and others when nut cases decide to go on a rampage. That seems to be a common sense approach to a situation that seems to be repeating itself. This is another shooting inside a Gun Free Zone in probably the most Gun Free City in America ….. Gun Free Zones are only gun free for the law abiding.
Our country is so screwed with this bunch that is leading us. God Help us.
As for those who suffered loss in yesterday’s tragedy my thoughts and prayers are with you at this most difficult time.