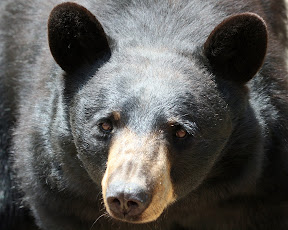 North Carolina wildlife officials are not calling it an attack but an “incident” that sent a Black Mountain woman to the hospital for treatment.

Gaynell Lumsden was in her garage near the Asheville watershed when the bear and cubs entered her yard about 8:30 p.m. Sunday.
Lumsden’s Maltese – weighing about 15 pounds – went after the bears, and she was struck trying to get the dog out of the way. Lumsden was treated at Mission Hospital and released late Sunday.
She could not be reached Monday. Her dog, also slapped by the bear, did not suffer major injuries.

A very similar encounter between a bear and North Carolina Governor Beverly Perdue and the first dogs happened earlier this year but no one was injured.
Bear populations across the country is on the rise especially on the east coast according to Canadian bear researcher Hank Hristienko.

The U.S. bear population more than doubled between 1989 and 2006, rising from 165,000 to over 350,000, according to The International Association of Bear Research and Management, a bear conservation nonprofit that takes a periodic census of the animals. The Eastern states alone now have about 163,000 bears, according to findings Hristienko released in May.

As bear populations increase and the bear habitat shrinks encounters will become even more prevalent. Some of these encounters will be deadly for not only bears but for humans as well. Bears are a predator they’ll kill and eat what they can find and they’ll kill to protect their young or themselves if necessary.

Frank van Manen, a U.S. Geological Survey research ecologist and president of the International Association for Bear Research and Management, said it’s not that the bears are becoming more aggressive. Instead, he said, bear populations are skyrocketing under state bans or limits on bear hunting.
“What we have seen throughout the eastern United States is quite a phenomenal range expansion of the black bear,” van Manen said. “With the range expansion, the likelihood of the encounters is increasing.”

Neighboring state Tennessee has had 2 fatal bear attacks in recent years and there has been a number of non fatal attacks in both North Carolina and Tennessee. Other states up the east coast have also seen their share. While it is great to see the bear making such a strong comeback the population needs to be held in check in many areas and the fear of man needs to be maintained to keep both humans and bears safe. The easiest and safest way to do that is to allow the hunting of the black bear and in states like North Carolina where it is allowed the wildlife authorities need to annually review the areas open to hunting.

While controversial to some I think baiting of bear for hunting needs to be looked at as an alternative method of hunting to keep bear populations in check. Currently the method for bear hunting in North Carolina is with the use of the hound but as the human population expands the access to large enough tracts of land to run hounds becomes harder and harder. Baiting would allow a selective harvest protecting sows with cubs while hunting on smaller tracts of land.

No matter what as the population of bears in the eastern United States continues to grow our problem encounters will too.