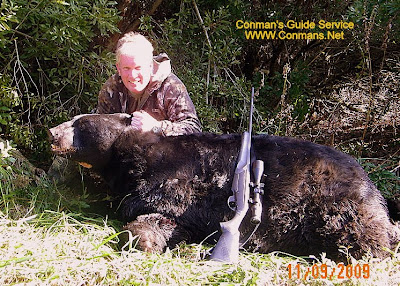 As I write this story I don’t have a lot of details but I’ll give you what I know so far. The hunter is Noel Harvey and the bear was taken on November 9th which I believe was the opening day of the bear season. The guide service is Conman’s and Mike Noles runs the business with his wife Connie (thus the name Conman’s). I’ve known them for a number of years and have hunted with them a number of times. 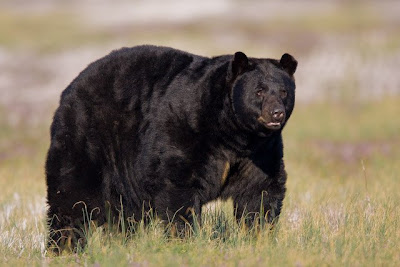 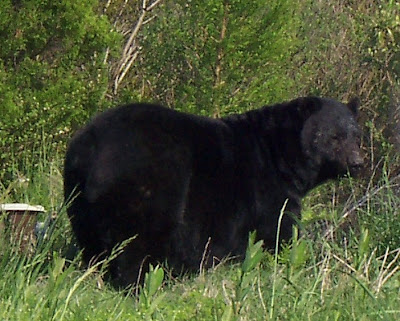 In April of 2008 I did a story on Bruiser Bruins in the Old North State featuring two massive bears that Mike had walking on his land. One of them they named “Maximus” and they estimate he could be 800 or more pounds. This bear that was killed this week by Noel Harvey is not one of those two bears. That is unbelievable when you think about it that there is a few of these massive creatures walking around. A black bear this size is bigger than a lot of the brown bears you see out west. That is just amazing when you think about it.

The hunting style for the most part is stand hunting over travel routes and food plots. Baiting of bears is only legal for those hunters who utilize hounds ( crazy rule) and Conman’s does not use hounds.
I hopefully will get a few more details on the hunt and hopefully a few more photos of this magnificent creature when I get back in from my own hunting adventures.