Interesting article in the Raleigh News and Observer about how the black bear population has really rebounded in this state and the important role hunters play in the on going efforts to monitor the bear population. Every year hunters are urged to submit some teeth from the bear they kill so biologists can keep up with the age and health of the bears. 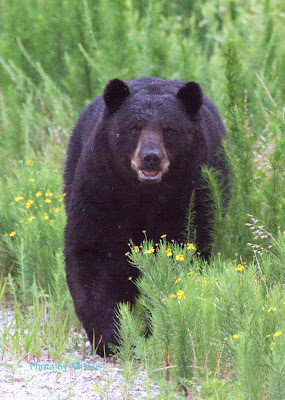 Whenever a black bear is killed in North Carolina, whether by a car or a hunter, Colleen Olfenbuttel wants a small part of the animal: the two tiny teeth just behind the upper canines.

It turns out that counting growth rings in those teeth is the best way to determine a bear’s age – information that helps scientists such as Olfenbuttel at the N.C. Wildlife Resources Commission assess the health of the state’s growing bear population and decide how to manage it.

For more than 35 years, the state’s Black Bear Cooperator Program has collected thousands of the bear teeth, the majority from hunters. The teeth have no known function and can even be removed from live – but hopefully tranquilized – bears.

Many bear hunters are happy to send in their teeth. Olfenbuttel’s team gets teeth from 40 to 50 percent of the black bears killed each year.

This is just an excerpt of the article in the N&O here is a link to the full article.

The bears are really expanding out across the state and over the past few years more areas have had bear seasons added. Like any animal it is important to control the over all numbers and with bears man and other bears is about the only thing that preys on them. Bear is excellent tasting meat just try to get between a few of us when the crock pot of BBQ Ribs gets put on the table. The parts of the state I hunt there isn’t an open season on bears yet but we are seeing signs that they are traveling through the area. So I have never killed a North Carolina bear but this fall I hope to change that when I and a few friends go down east to see if we can fill our tags. North Carolina is really the top place in the world for big black bears which is not to shabby considering all the work it took to bring them back.